After the earthquakes of April and May 2015, Nepal has an energy in recovery and reconstruction. The country had to pause and reconsider how to move forward. There are amazing works of art being rebuilt right now, using techniques and decision making processes perfected for over 2000 years.

This limited edition period is the right time to come to Nepal, and witness a country that is recovering. It will stoke very strong emotions, push your limits, be very rewarding, and will leave memories that will truly last a lifetime.

Plus Nepal is always incredibly fun.

Harry in Nepal | What it means for Tourism Revival 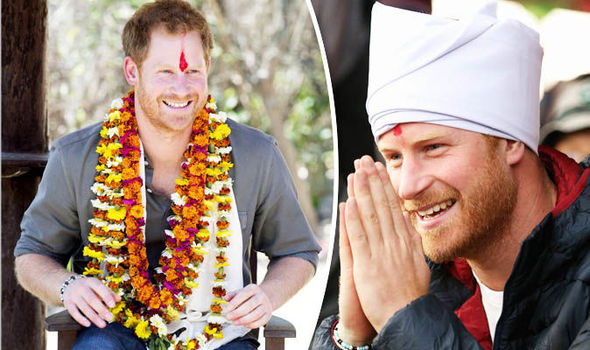 Map: click on the icons to see images of where Prince Harry was and what he did there

The 24/7 coverage by international media post the earthquakes in April and May 2015 left a very one sided image of Nepal. Journalists that arrived at a crowded but safe airport, who drove around in perfectly fine roads on 4x4 vehicles, and stayed in 5 star properties that were not damaged, took select images of damages, and broadcast it to the world. Combine these horrific images with the natural instinct for people not to go to a place with a recent natural disaster and you have a cocktail for disaster in the tourism industry. It nose-dived.

What is really required for it to recover, is a constant strong message reporting verifiable situations from the ground. Add to this personal stories from travellers in Nepal post earthquake, and you have a very strong constant message going on, that Nepal is still great to travel, and in fact, this is the best time.

However, the media coverage is never on strength, or recovery. Had another disaster of this magnitude hit Nepal, they would have come back in the truckloads, to damn the industry to even deeper holes!

Celebrities and public figures have have their own media footprints, and these are important to help drown the negative image that is there. Visits to Nepal by Michelle Yeoh, Susan Sarandon, Jackie Chan, David Beckham and Joss Stone helped in the past year, no doubt, but none more than Prince Harry's visit happening now in March 2016. There are certain reasons.

This is the only trip by a public figure that covers the tourism spectrum in Nepal - he went to heritage sites to see the Rise of the Artisan, tried his hand at wood carving restoration and met survivors in Kathmandu. Then he flew to Bardia National Park on the tiger trail (in the most perfect conditions to see Tiger, though he was unlucky in his short four hour visit). He topped it by trekking to a small village in Lamjung (an upcoming trekking area), and stayed in a homestay, hosted by a widow of a late Gurkha veteran, eating hand cooked authentic Nepali meals. He played volleyball in the village, and celebrated the festival of colour, Holi, with the locals. The list goes on - he tried a bit of Nepali speaking, always knew where to do the Namaste (with his hands joined) (the Gurkhas under whom he was serving in Afghanistan really knew what to teach him).

Of course, there were other important highlights like meeting the first female President of Nepal, the Prime Minister, inaugurating the first ever Girls Meet and meeting locals at a vocational training school.

Come to think of it, he did the perfect trip anyone would want to do in Nepal. It had all the elements of a fantastic trip - going LOCAL with local food, and homestays, being ACTIVE with boating, trekking and a Tiger trail walk, being IMMERSED with festivals and immersion with locals in a remote village, and being INVOLVED with community action and involvement.

There is no doubt about it. He will be going back very wise and more knowledgeable on how strong the Nepalese are in recovery, and very fulfilled, as he did so much in these short five days. Only regret he will have is that he did not have more time. Alas, the life of a public figure.

Thank you Harry for this trip and Kudos to the strategists and the tour planners. Its media footprint and its social media longtail, will ensure that tourism will get a small boost in the right direction. There will be many who will want to experience what he did, and why wouldn't they, it was a great, well designed trip.

NOTE: Just read that he extended his trip by another six days. The magic of Nepal, no wonder. Too many things unfulfilled.